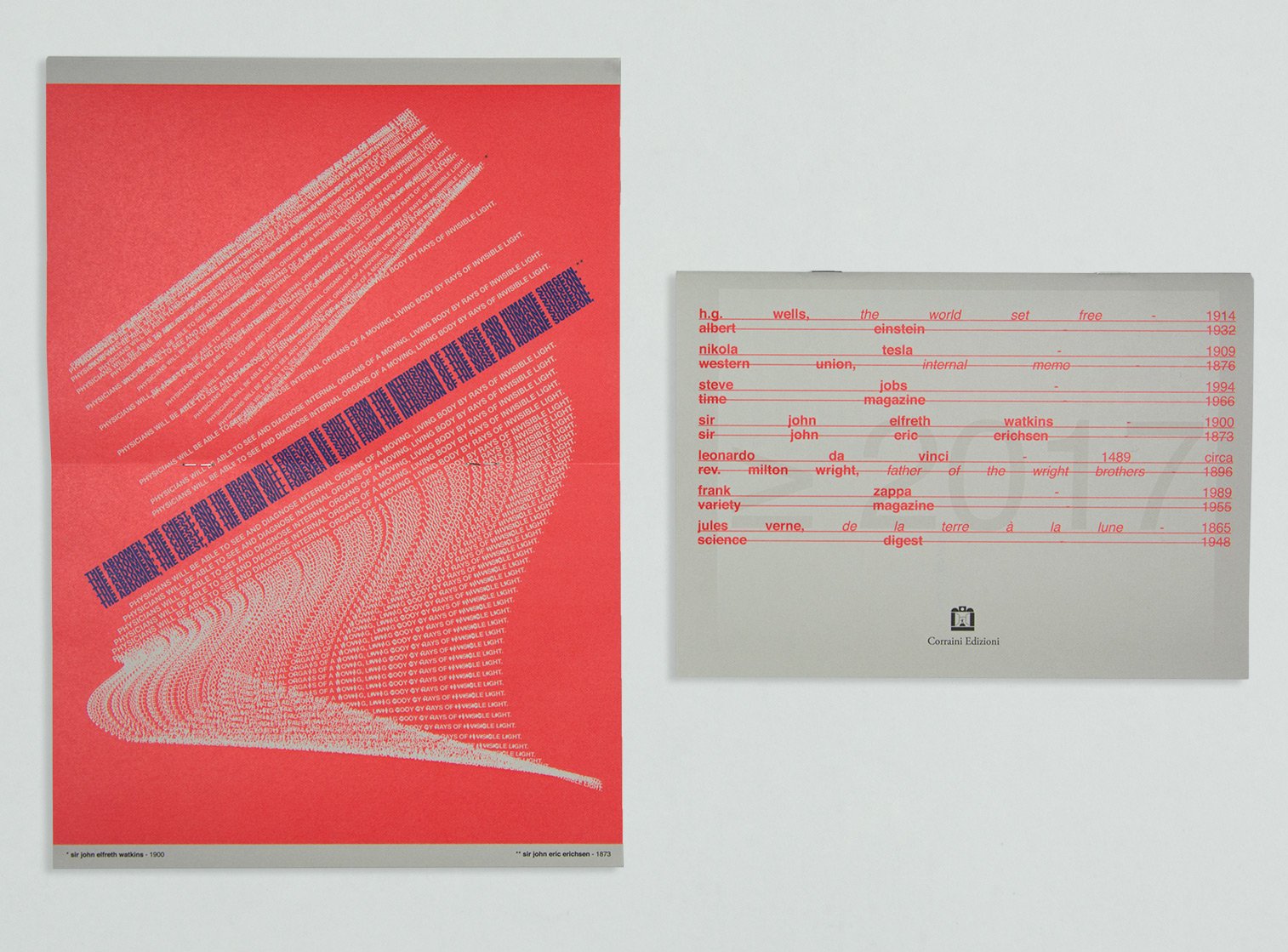 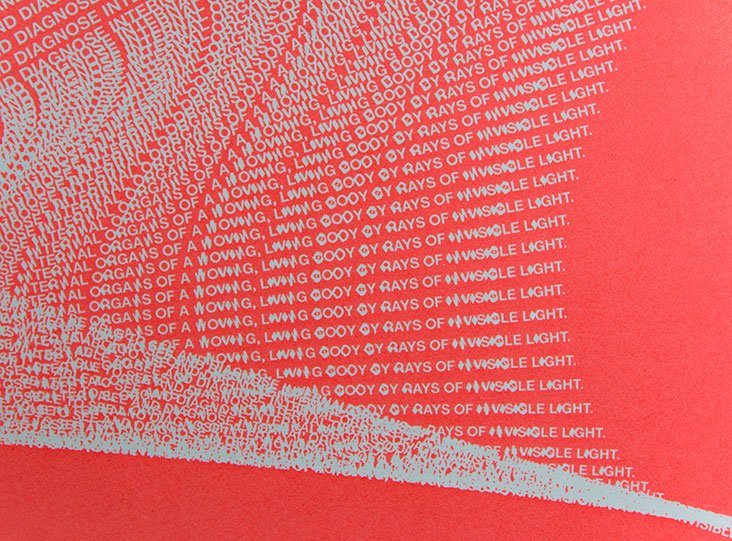 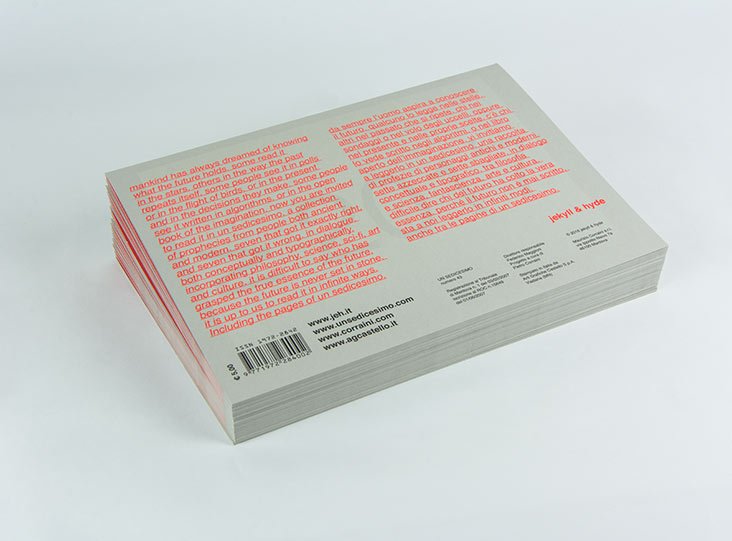 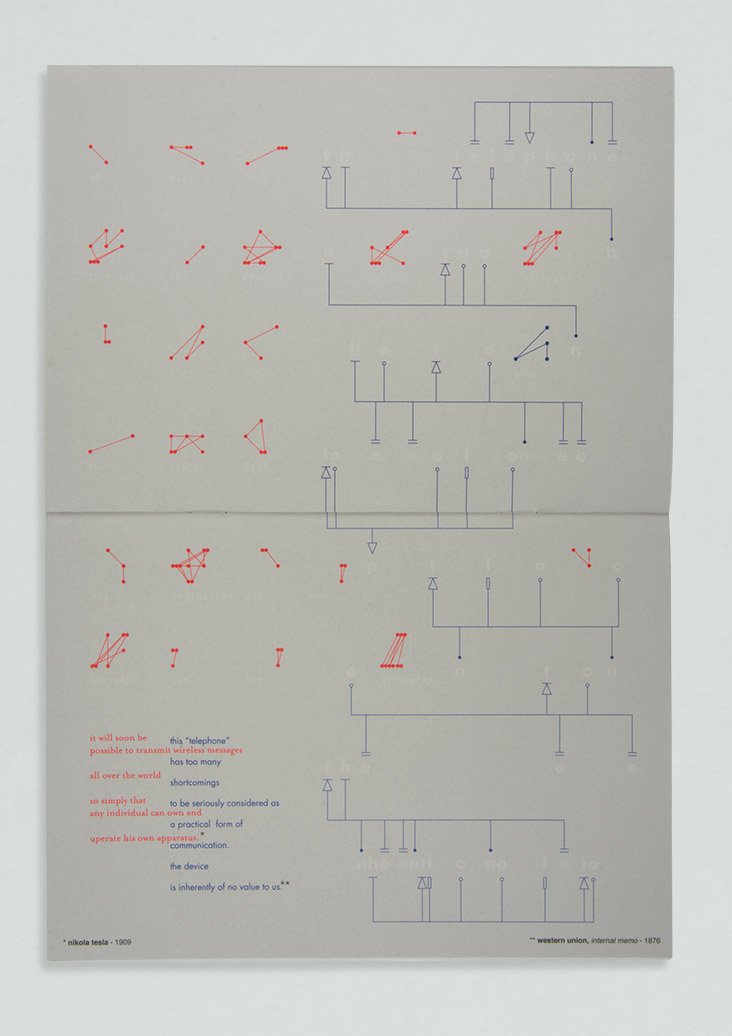 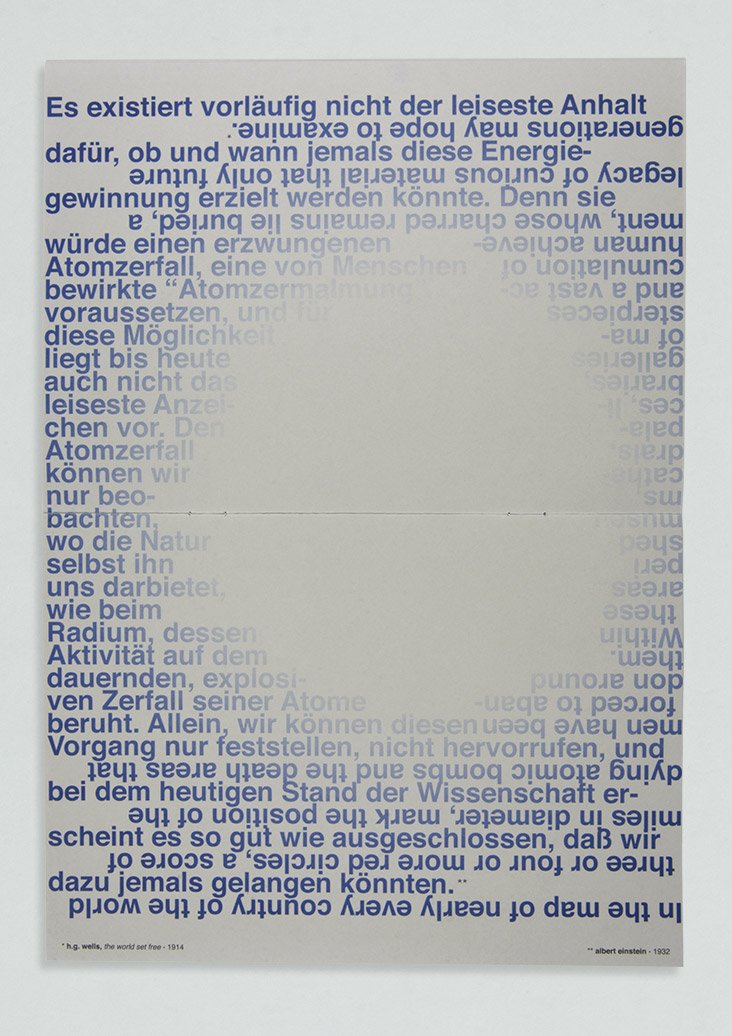 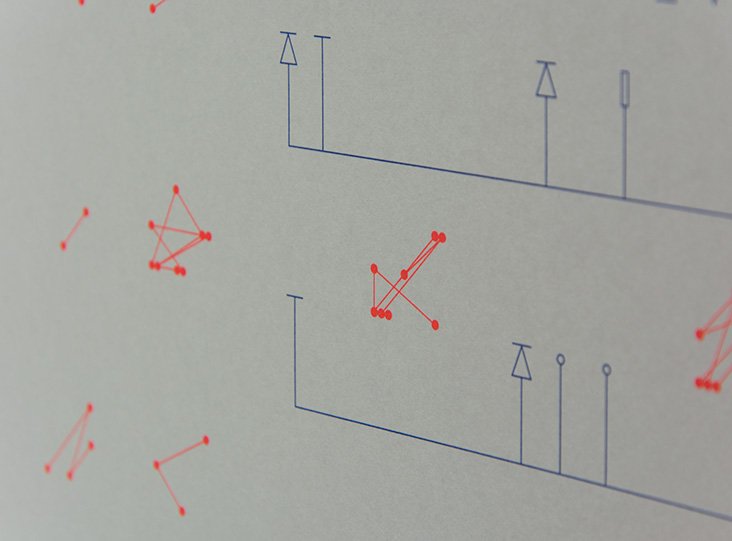 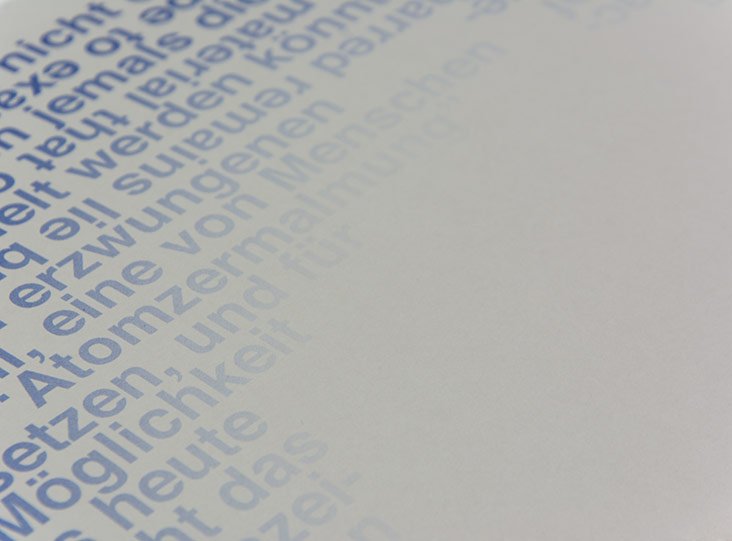 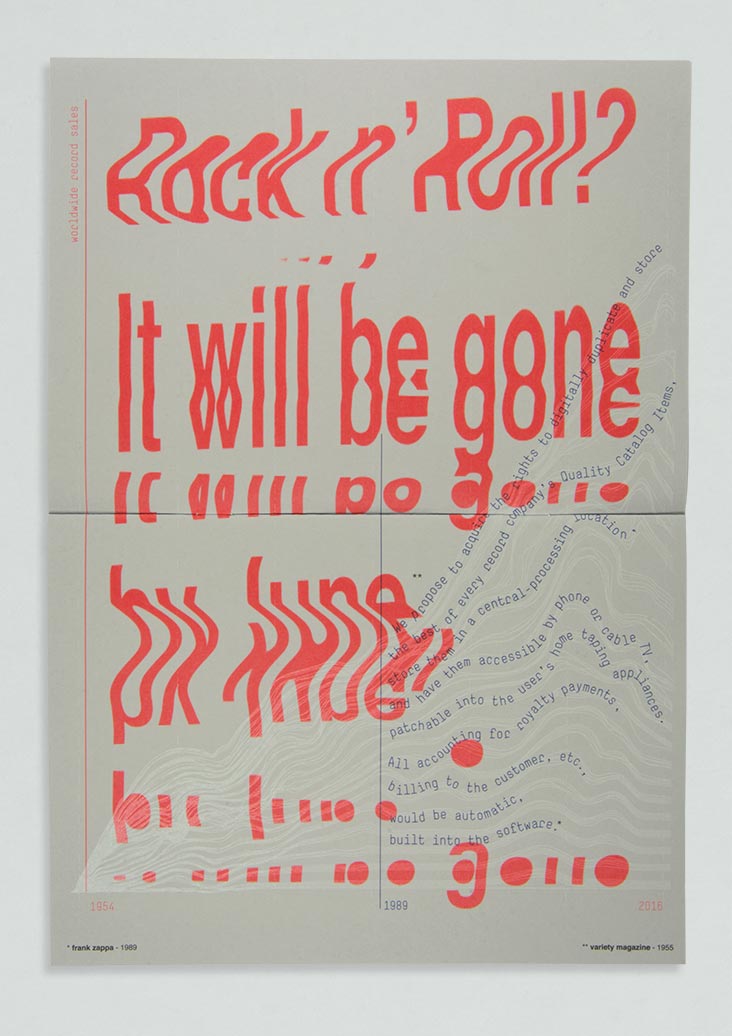 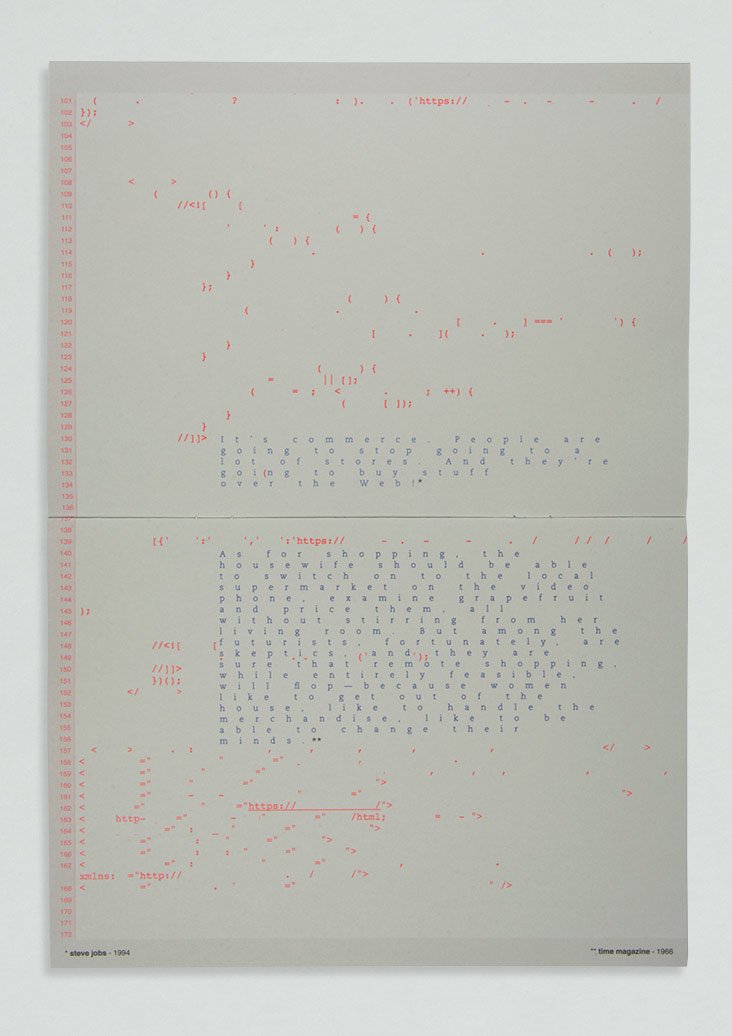 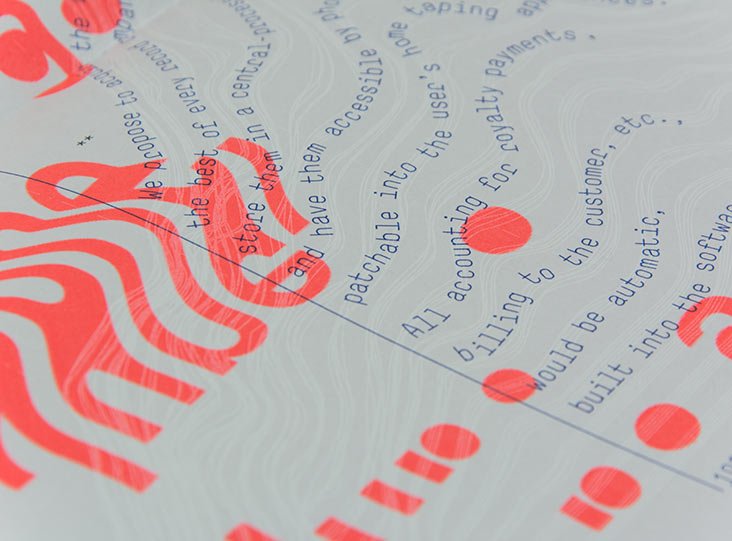 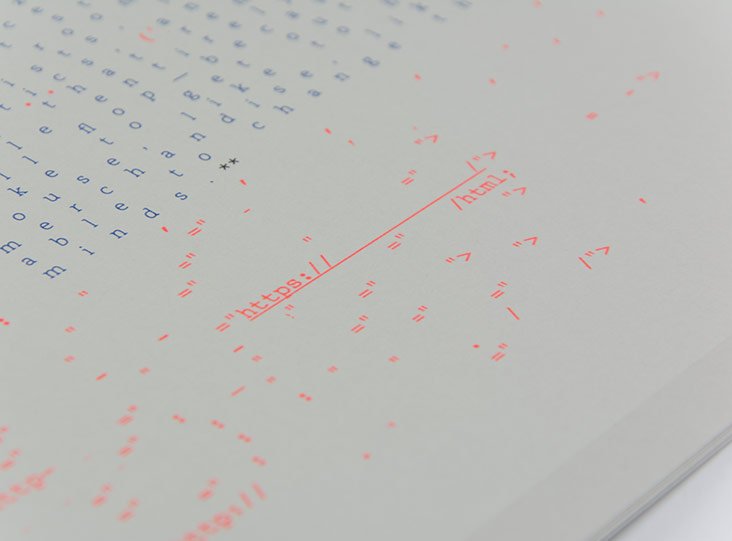 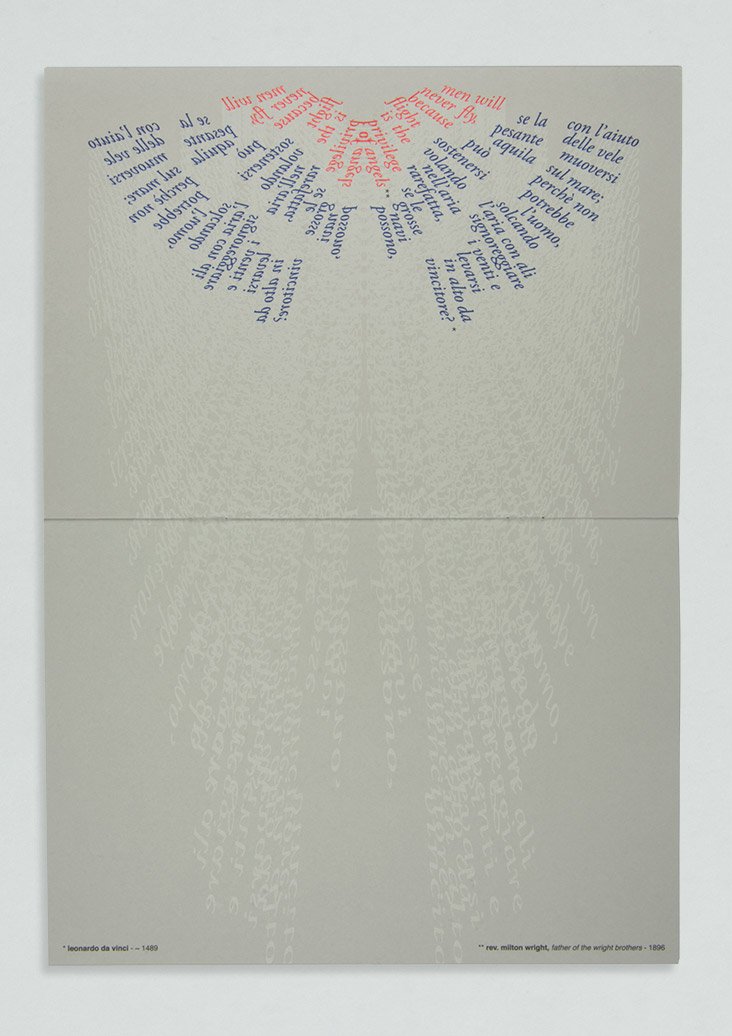 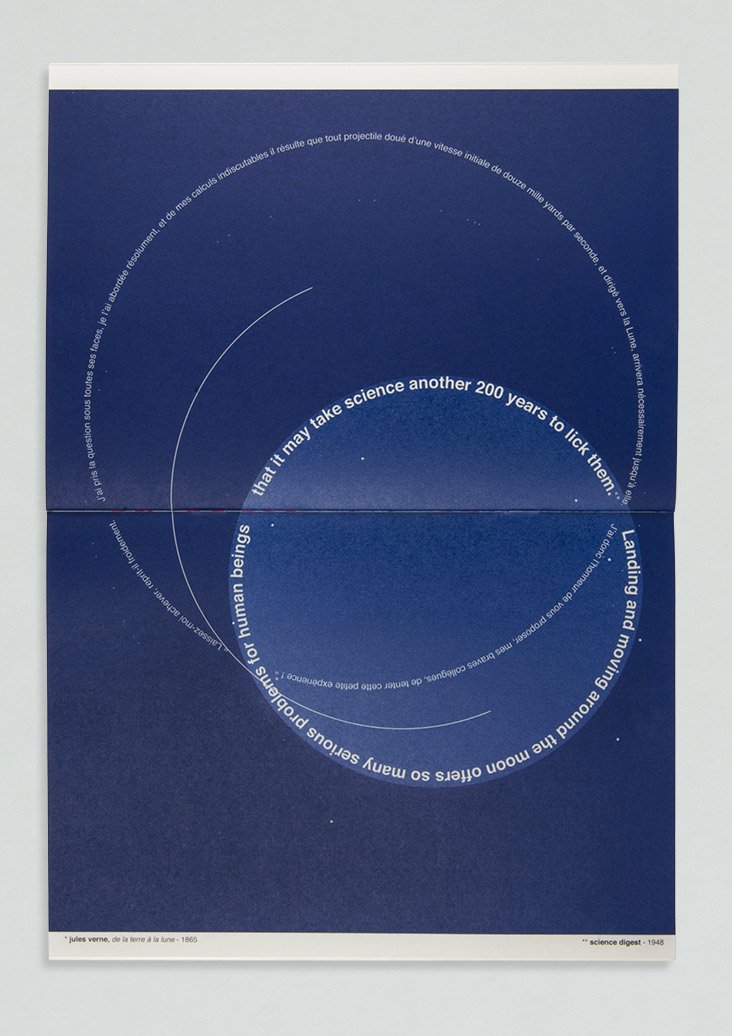 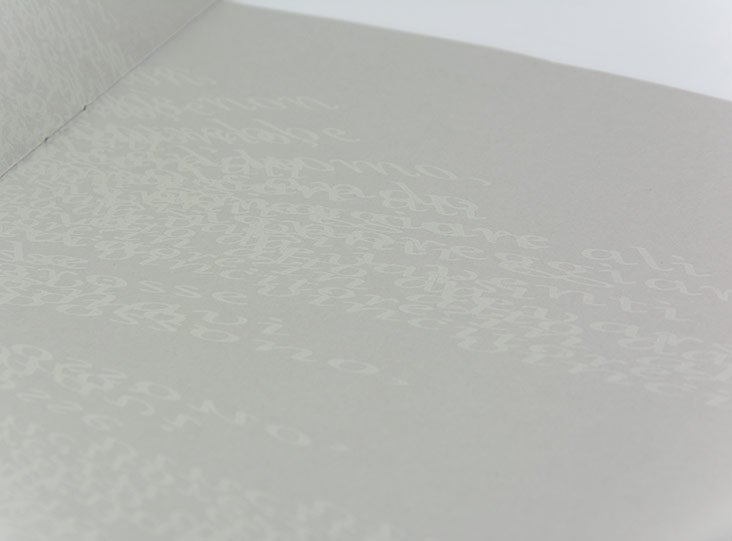 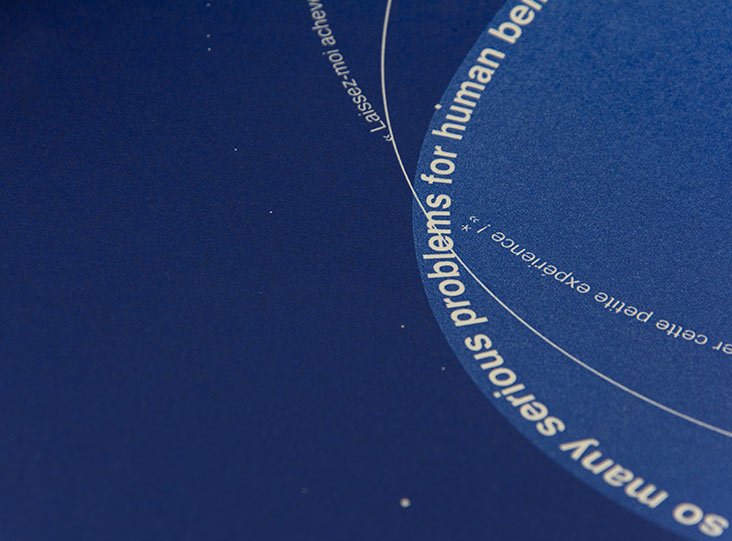 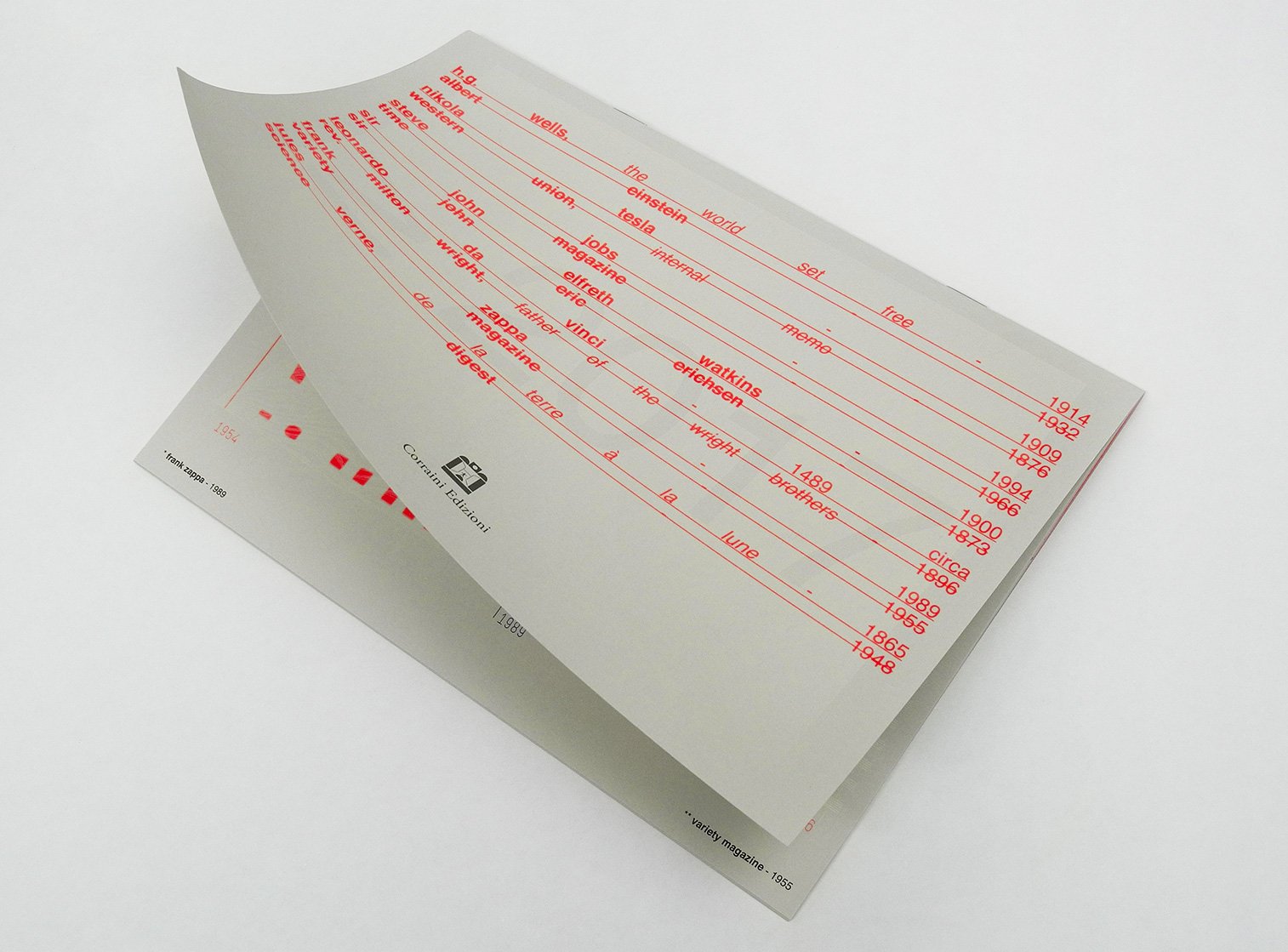 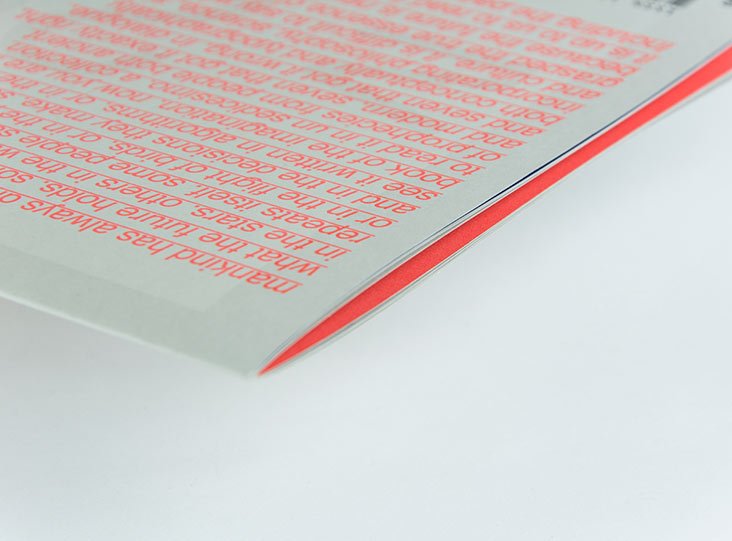 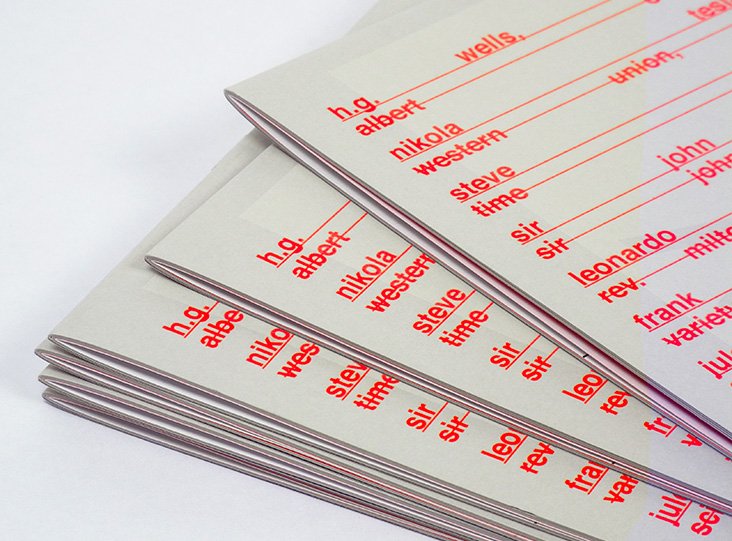 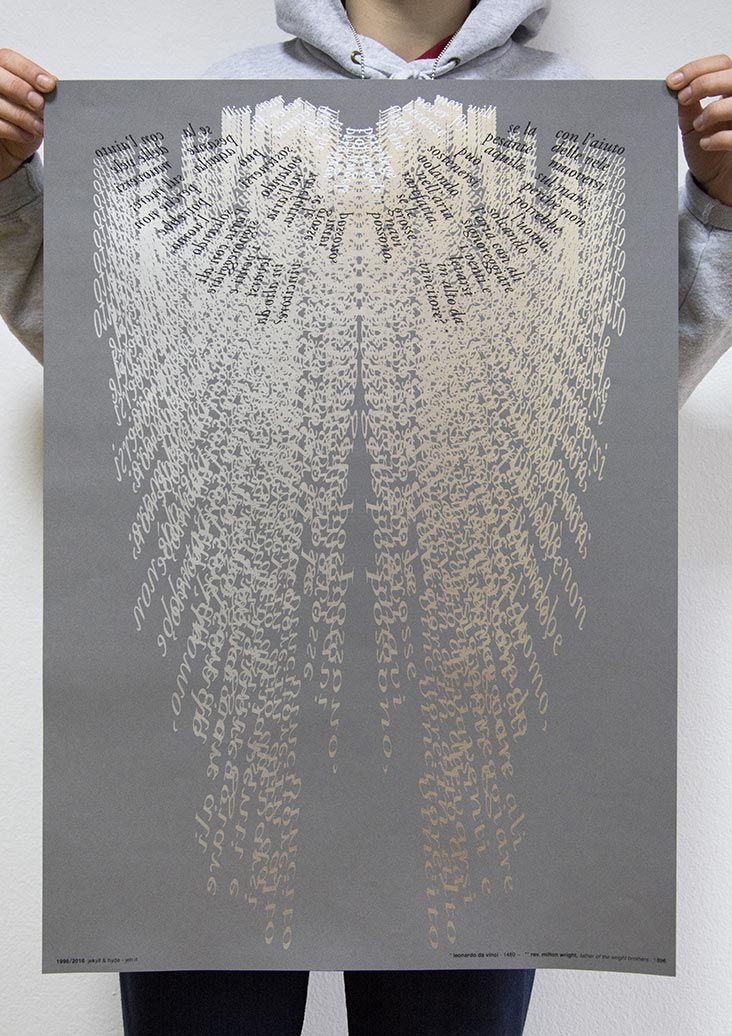 mankind has always dreamed of knowing what the future holds.
some read it in the stars.
others in the way the past repeats itself.
some people see it in polls or in the flight of birds.
or in the present and in the decisions they make.
some people see it written in algorithms.
or in the open book of the imagination.
now you are invited to read it in un sedicesimo.
a collection of prophecies from people both ancient and modern.
seven that got it exactly right, and seven that got it wrong.
in dialogue, both conceptually and typographically.
incorporating philosophy, science, sci-fi, art and culture.
it is difficult to say who has grasped the true essence of the future.
because the future is never set in stone.
it is up to us to read it in infinite ways.
__

To mark our twenty year anniversary, rather than celebrating our past, we have decided to investigate our future and we have gathered together some typographic experiments on the possibility and impossibility of predicting it in this issue of Un Sedicesimo.
> view our facebook album
__